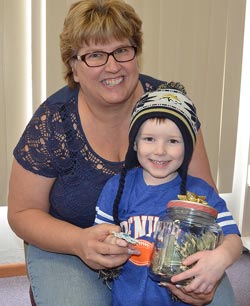 Front Range CASA appreciates your donation to our program. We are a nonprofit and an almost entirely volunteer run organization. Without the dedication of our volunteers, we would not be able to advocate for abused and neglected kids in Glacier, Pondera, Teton and Toole Counties. Your donation will help us to continue to provide a trained advocate for each child. Your donation stays locally helping children in our communities. The cost of providing a trained advocate for a child costs approximately $1,200.00 a year. All donations, regardless of size, make a difference in the lives of our children and are appreciated. 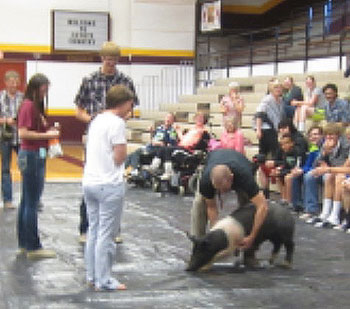 The month of April saw many students putting their money where their mouth is, in hopes of getting the teacher or staff member of their choice to kiss a pig. FFA hosted the contest, which involved students from both schools paying a penny per vote for who they wanted to see kiss a pig. The teachers and staff involved all volunteered and FFA gave weekly updates to build anticipation and bring in more votes. The winners had to kiss a pig in front of their school.

Zach Hayes was the pig-kissing winner for Shelby Elementary and Kayla Moylan won the honor at the high school level. The pig kissing assemblies were held May 4.

Each winner donated the money collected in their school to a charity of their choice. Hayes chose to donate the $191.83 collected to the swim team and Moylan donated $253.78 to CASA.

“Every cent collected was donated to charity,” said FFA advisor Thad White. “Collected one penny at a time, it totaled $445.61.”